SVG stroke made from beads

A cool pen made by Yoksel on Codepen: create SVG strokes made from beads.

For a client project, i created decorative borders in Illustrator. When this project was done, i decided to create a new collection of these decorative brushes for use on any vector element.
The brushes are made for vector border work, they have a shiny and decorative look and feel. The brushes are great to use for strokes in elements in illustrations.

Tutorial: How to Make Seamless Pattern Repeats in Adobe Illustrator

Ever wondered how to create seamless patterns in Illustrator? This short video gives you short instructions on how to accomplish this. Video is by TheVectorLab

Drawing a map in Illustrator

I'm currently in the drawing process of a map in Illustrator. In fact, it's a series of maps. The maps need to be in good print quality and also available online in a pdf. I searched for a good solution to cover both needs. Obviously, you go to Google Maps and take a screenshot of your map and location but this results in poor quality as the screenshot has a low resolution. I found some work arounds - i tried "my maps on Google" but the quality for print is not what i was looking for, it was poor quality and poor adjustment options. So i decided to draw them myself in Adobe Illustrator with the Google Map as a template layer as a starting point. I found some good, short video tutorials on how to create roads, rivers and labels in your maps:

Short and comprehensive tutorial on vector graphics versus bitmap

I was experimenting with scanned drawings in Illustrator, and this resulted in a new collection brushes I created.
These can be used to add some bister borders to illustrations. 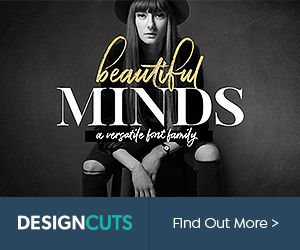