A good client of mine, asked me some time ago to design the lettering of a new truck they ordered.
It was kind of strange to do such a design because it’s not what I do on a daily basis, but I took the challenge and did some research before I started my design for them. This week I took some pictures of the end result: the final the lettering on the new truck.

Eurabo, my client, asked me to design the lettering in the same style as i did for their website, www.eurabo.be and their stationary. 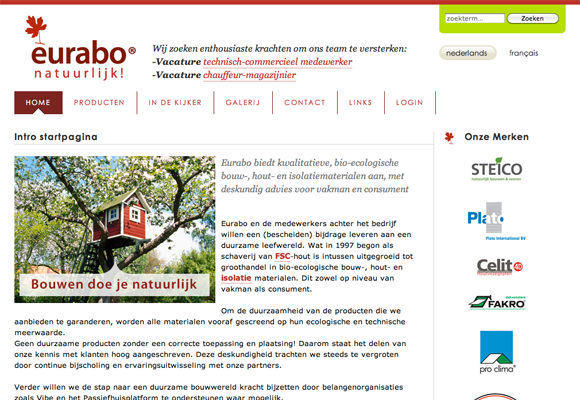 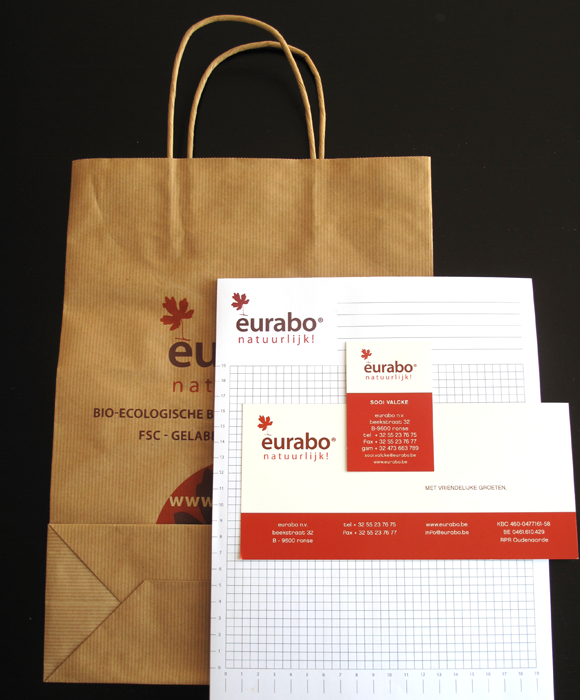 As soon as we got an agreement, i started doing research. I found some good information in books and visual inspiration on Flickr. I called with the manufacturing company, Van Hool because the truck was build from scratch and I had to decide the RAL colors on part of the truck and deliver my design to them. 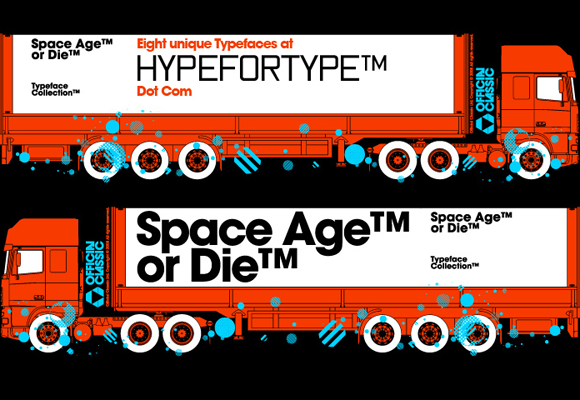 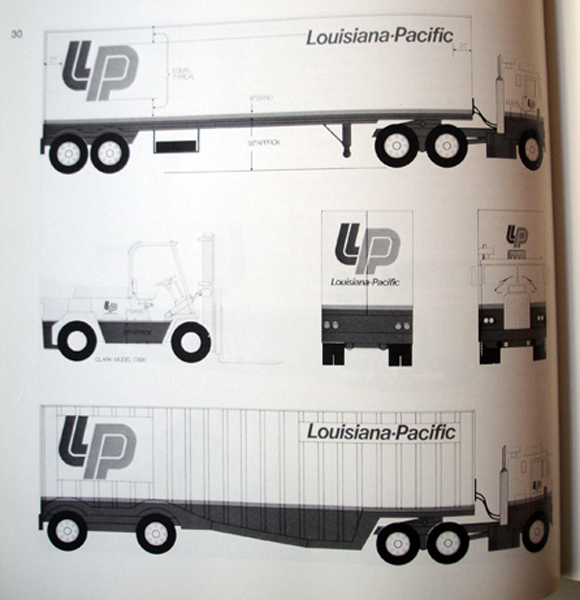 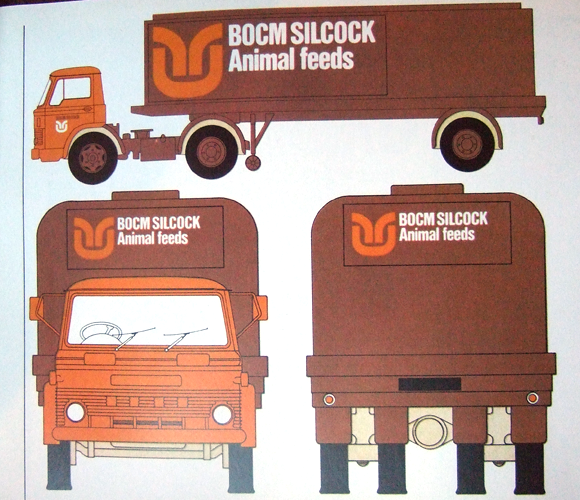 From the beginning, I decided the design had to be simple and clear. I didn't wanted to use photographs because they tend to clutter your design. So I avoided the use of pictures although some people in the company really liked to have pictures on it. Because I wanted the design to be timeless, I decided to stay as close to their house style, the same colors converted to RAL and the Myriad fonttype in combination with the leaf symbol of their logo.

The design process took a while because not everyone was convinced of the fact their was so much whitespace on the design.

I explained why I thought this was the best way to go, clearness of the logo, the leaf in their logo as a symbol of the company values: nature, wood, environmental, eco-labeled, etc... In the end everybody agreed with the design I came up with: 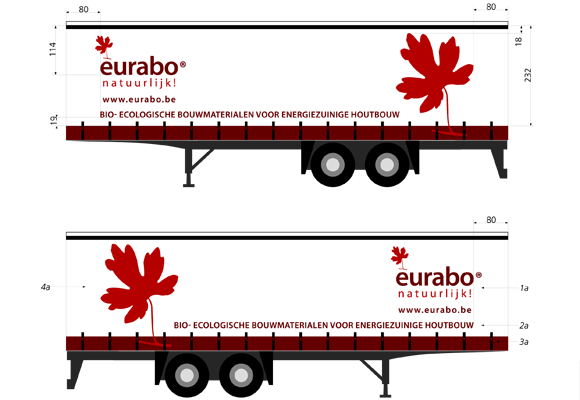 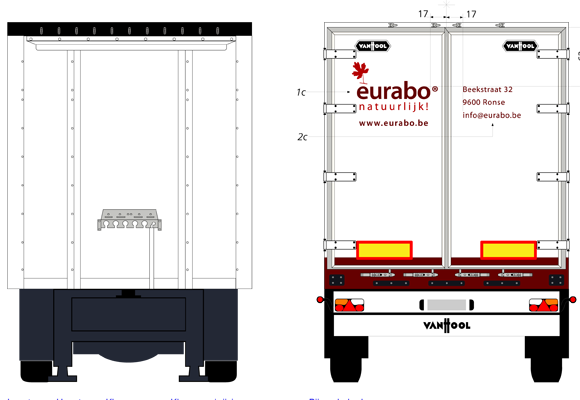 Here are some pictures of the end result, we're all happy with it. Thanks to the excellent work of VanHool and Quadrifinish. 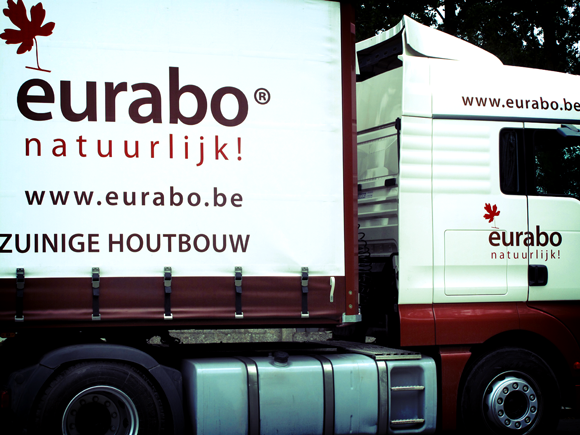 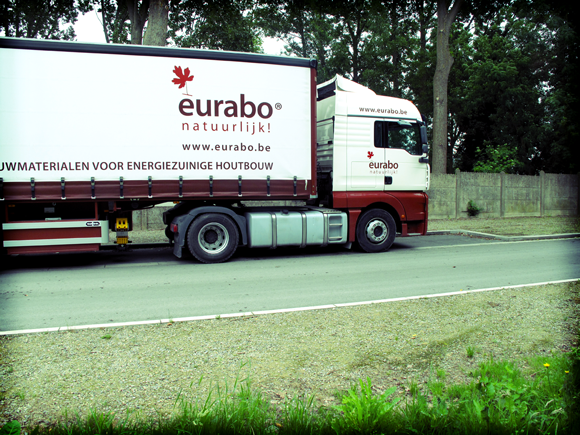 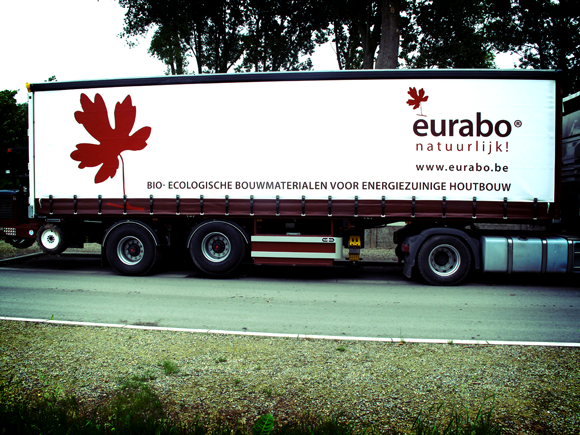 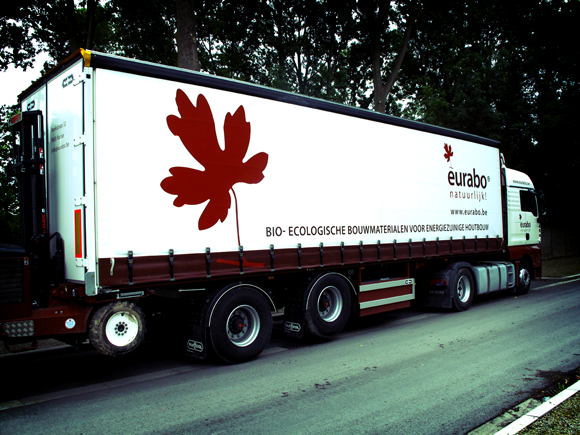 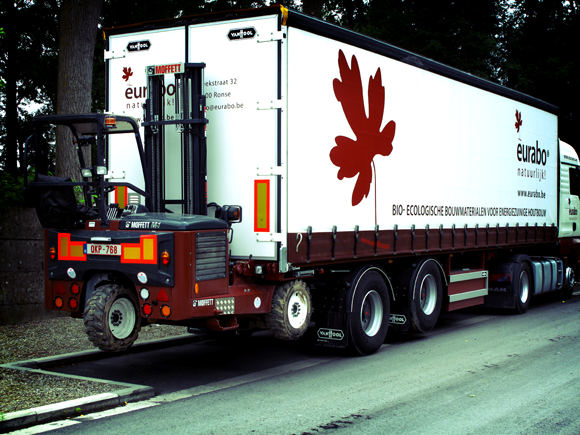 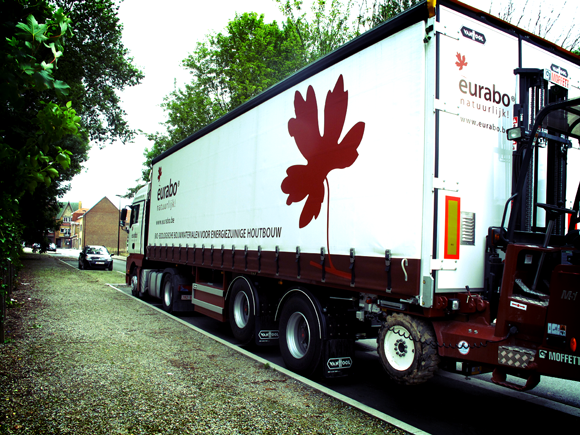 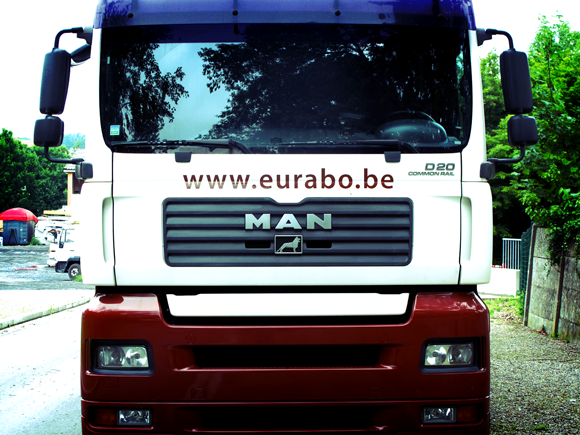 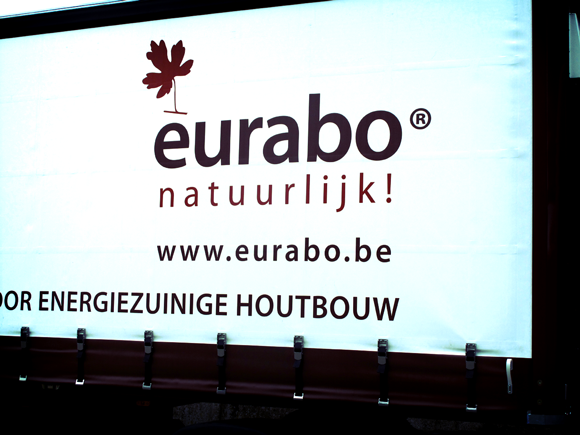 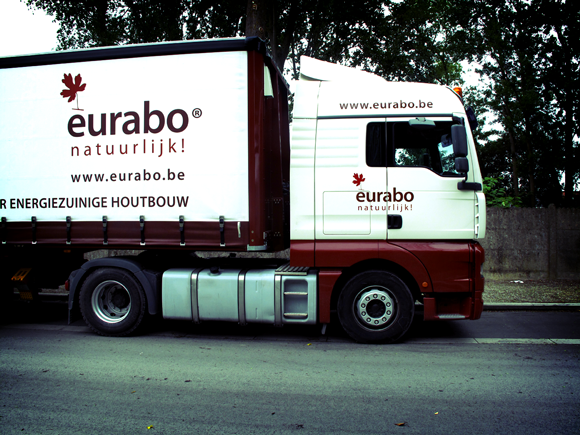